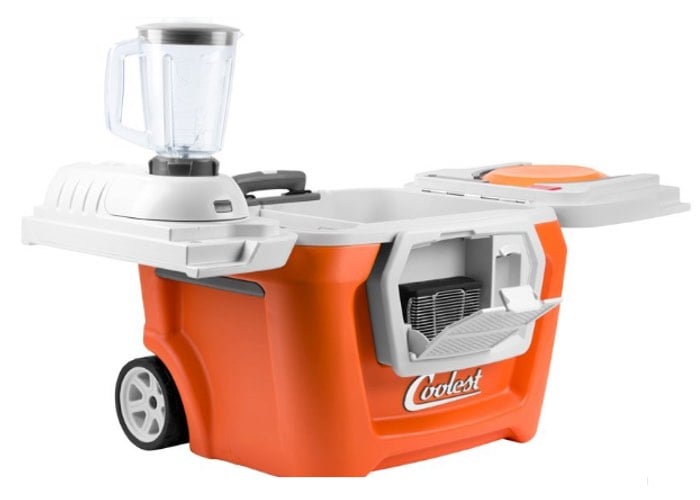 In a recent hangout with Kickstarter backers who have pledged money to help take the Coolest Cooler to market and help the company raise over $13 million thanks to a a hugely successful Kickstarter campaign.

Unfortunately Coolest LLC has not published any details of how the $13 million of backers funding has been spent or burnt, but the company now needs another 15 million to ship the 36,000 or so orders which are still outstanding. The company says that it is already shipped 20,000 coolers to Kickstarter backers yet still a large amount of the 62,642 that pledged funds for a cooler are still waiting for delivery.

If Coolest LLC is able to raise the additional $15 million in funding, Grepper says the money will be split evenly between production and shipping of existing orders, building out Coolest inventory and growing the company (hiring, future product development, etc.) the TNW website reports.

It seems that Grepper is building a business with backers money. Rather than fulfilling the Kickstarter orders which have already been placed, and then using future sales to build a successful business. Read the full article over on the TNW website via the link below.