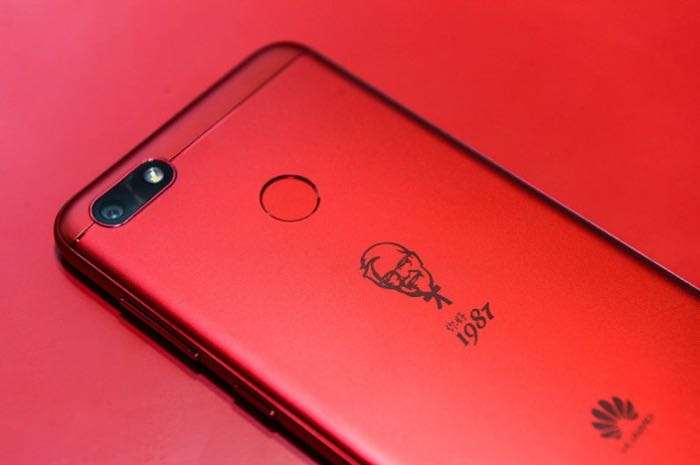 KFC is launching a smartphone in China, the fast food company has teamed up with smartphone maker Huawei and they are launching the handset to mark the 30th anniversary of KFC in China.

The KFC Smartphone will come with a 5.5 inch display with a HD resolution of 1280 x 720 pixels and the handset is powered by a Qualcomm Snapdragon 435 processor.

Other specifications on the KFC smartphone include 3GB of RAM and 32GB of built in storage, the handset also comes with a fingerprint scanner.

There will be 5,000 units of the KFC smartphone released in China and as we can see from the photo, the device will be available in one color, red.