The Kepler Space Telescope is one of the busiest pieces of hardware in the NASA arsenal. Since its launch in 2009 it has observed more than 150,000 various-sized stars and their accompanying planets that have enriched our knowledge of just what lies out there. Lo and behold, a recent Kepler find has revealed an odd cluster of potentially (we couldn’t stress this enough) Earth-sized worlds and bigger orbiting a far off star. 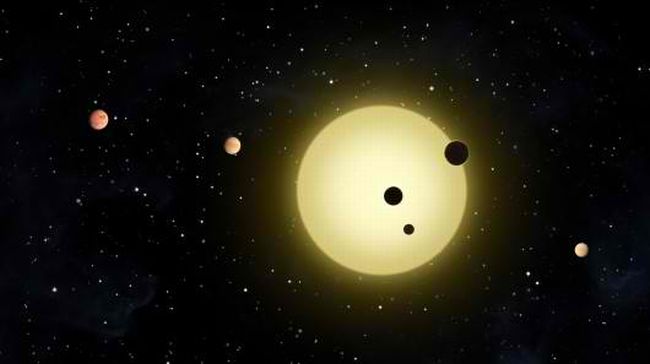 Tagged as Kepler-11, the six planets orbiting the lucky star are peculiar because of how many of them are orbiting so close together in the “Goldilocks zone”—the ideal distance from a star where Earth-type planets are most likely to be found.

According to Kepler  Mission investigator William Burocki, such finds are crucial to the Kepler telescope’s ultimate mission:

“…We’re seeing the variability of stars like no one has ever seen before. We’re finding planets smaller than anyone has ever seen before, because the data quality is extremely good. The first four months of data have given us an enormous amount of interesting information for the science community to explore and to find the planets among the candidates that we have found. In the coming years, Kepler’s capabilities will allow us to find Earth-size planets in the habitable zone of other stars. Future missions will be developed to study the composition of planetary atmospheres to determine if they are compatible with the presence of life. The design for these missions depends of Kepler finding whether Earth-size planets in the habitable zone are common or rare.”