Today JVC has unveiled a new addition to its hybrid camera range with the launch of the new JVC GC-PX10 camera/camcorder. The JVC GC-PX10 is capable of shooting 12-megapixel stills and 1080p full HD video 1920 x 1080 sampled at 36Mbps.

Its also fitted with a rapid-fire still shooting mode capable of capturing 3840 x 2160, at 60 shots per second, with up to 130 shots total per burst. Together with a CMOS sensor featuring 19x dynamic zoom and optical image stabilisation with advanced image stabiliser technology. 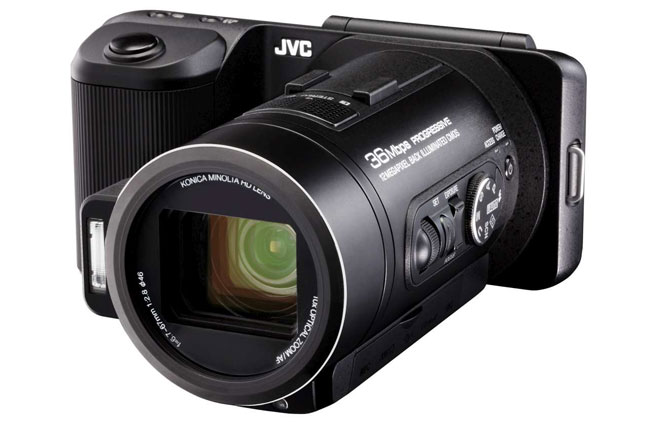 Its also equipped with 300 fps slow-motion movie capture at VGA resolution, 10x optical zoom with optical image stabilisation, a 3” tiltable touch-sensitive screen, time-lapse recording and a top sensitivity setting of ISO 6400. Together with 32GB of built-in flash memory plus a slot for SDXC/SDHC/SD cards.

The JVC GC-PX10 will be arriving in the US later this month priced at $900. 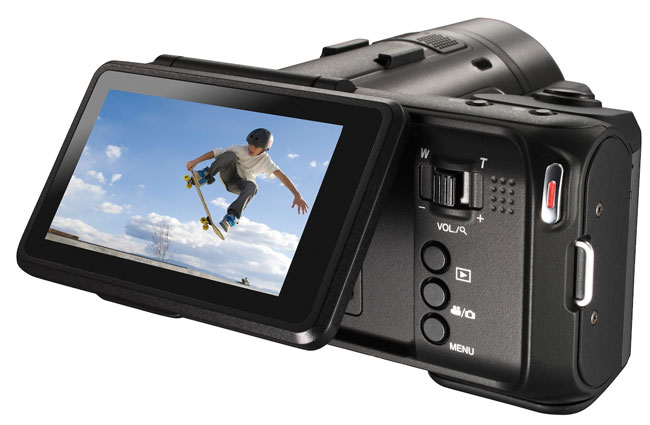