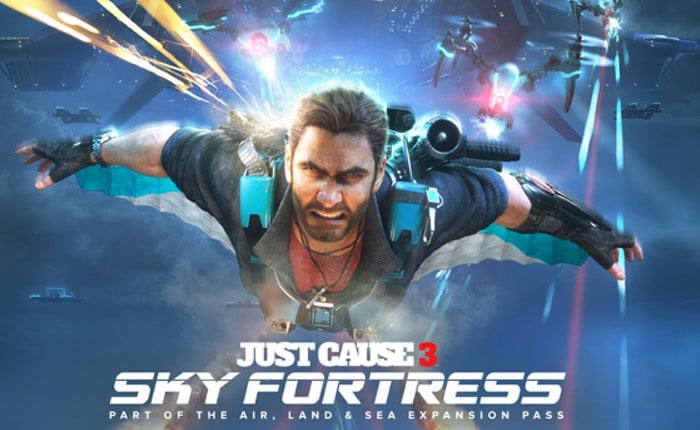 A new trailer has been released for the upcoming Just Cause 3 Sky Fortress PDLC from the Air, Land & Sea Expansion Pass that will be available tom play on the PlayStation 4, Xbox One, and PC.

The Just Cause 3 Sky Fortress trailer has been released today by Avalanche Studios ahead of the DLC’s launch next month. In total the AL&S expansion will include three different DLC is in the form of the Land Mech Assault and ending with Bavarium Sea Heist.

The new Sky Fortress DLC which is the first to arrive provide gamers with a brand new set of missions that introduces an army of deadly robotic drones to battle. New upgradeable equipment in the DLC include a rocket-powered, weaponised ‘Bavarium Wingsuit’ fitted with shoulder mounted machine guns and auto targeting missiles. Check it out in the trailer below, as soon as more details are released about the next DLC in the series we will keep you updated.

Just Cause 3: Sky Fortress is the first PDLC pack from the Air, Land & Sea Expansion Pass. Become the master of the skies with Rico’s all new and fully armed, Bavarium Wingsuit. Save Medici from the threat of the terrifying Sky Fortress and its army of deadly robotic drones.