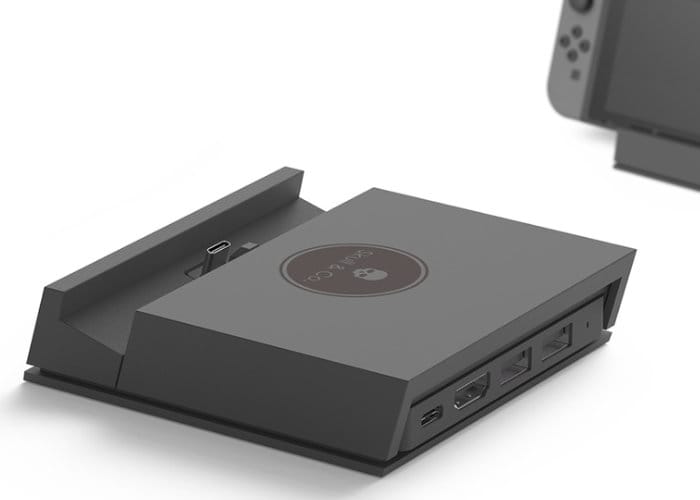 Skull & Co. has developed a new versatile dock designed for the Nintendo Switch and other smart devices to provide a variety of different features not available from the official Nintendo Switch dock. “The Jumpgate is a sleek and portable dock has an ingenious design. It can easily switch between dock and hub mode to work with your Nintendo SWITCH, laptop and smart phone“. Watch the demonstration video below to learn more about the Switch dock adapter which is this week launched via Kickstarter and already raised over £30,000 thanks to over 850 backers with still 41 days remaining on its campaign.

If you are concerned about the Switch dock bricking your games console you may be interested to learn more about the thoughts from Skull & Co. regarding the reasons why this could be happening when Certain Switch peripherals are used. 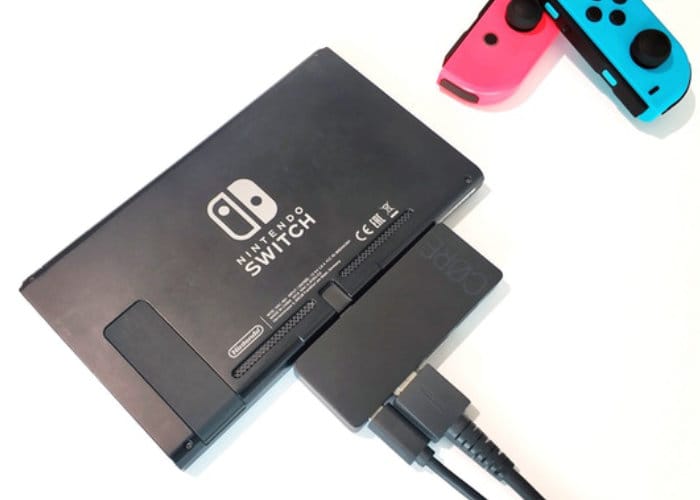 – Some say “the Nintendo Switch and Dock are chock full of USB-C protocol errors and flaws.”But we have a different opinion. The USB-C protocol (PD protocol) has to be amended in order to prevent the system being hacked and meet Nintendo’s prospects in the future.
– If what Nintendo said about the SWITCH only being compatible with licensed accessories was true, Nintendo should have designed a unique (different shape) socket instead of installing a universal USB-C port, or put warning stickers on the SWITCH and dock. They should have known that people (especially kids) would plug any number of devices into the SWITCH’s USB-C port.
– We believe Nintendo’s engineers conducted compatibility tests with thousands of existing USB-C devices (adaptors, battery banks, hubs, etc) during the testing procedure. However, Nintendo underestimated the potential risks since there are many products made by small companies that do not follow the USB-C (PD) protocols. Nintendo did not give SWITCH proper protection. This is the reason why the SWITCH can be bricked by certain accessories but smart phones and laptops survived.
– As long as the protocols in the accessories are in accordance with the PD protocol standards they should work perfectly with the Nintendo SWITCH. The NYCO dock had PD protocol errors; it drew too much power to the SWITCH and damaged the power management component. 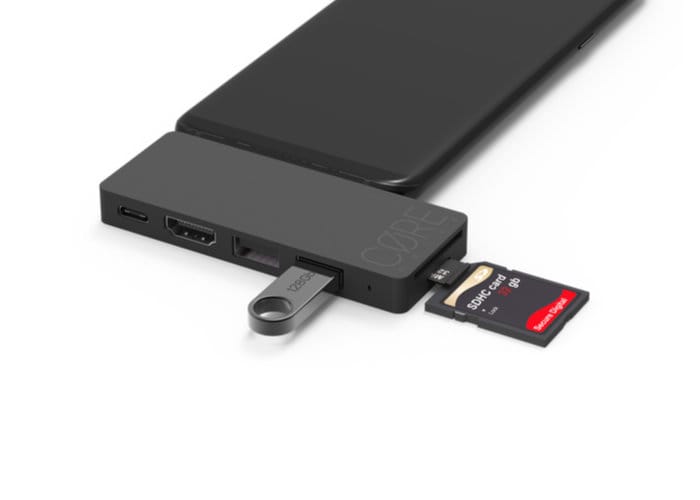 To learn more about the Jumpgate Switch Dock jump over to the official Kickstarter crowdfunding campaign page by following the link below.