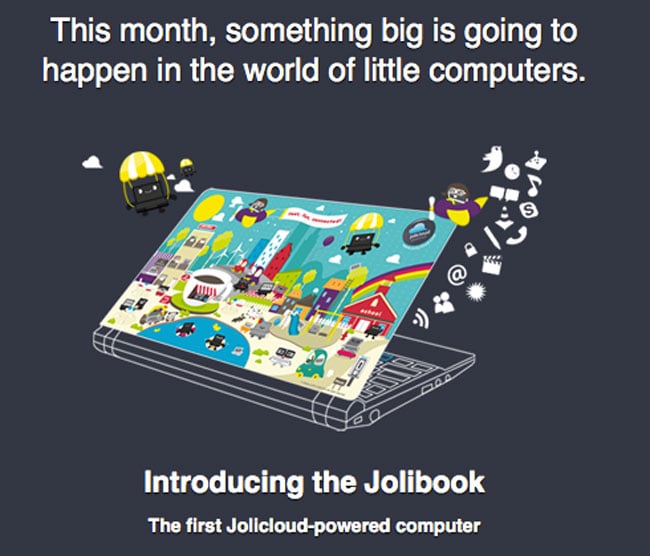 The machine will be called the Jolibook. The company is holding back some of the important details of the device like the actual selling price and a few of the hardware details. What we do know is that it will run the company’s operating system and be offered for an “affordable price.”

The few specs offered include that the screen will measure 10.1-inches and is said to be “gorgeous.” It will run the Jolicloud 1.1 operating system and use an Intel Atom N550 CPU and have a 250GB HDD. It really sounds like every other netbook on the market. It had better be really cheap.