We exaggerated nothing on the title. In lieu of a stylus, John’s Phone has a detachable pen. A pen! Plus a built in notebook for jotting down numbers. Even the monochrome display has been reduced to the point of near-irrelevance, being a mere strip at the top edge. Other specs include a no-nonsense volume switch, a SIM card slot and a battery display. 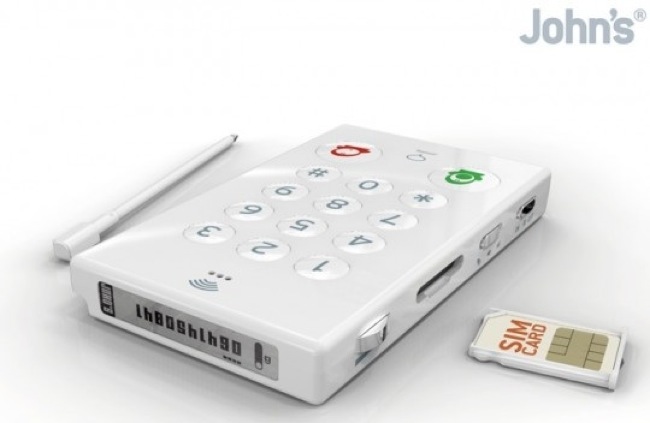 For extra marketing points, this should have been dubbed the Anti-Smartphone. The appearance itself suggests distaste for large interactive touch displays. While the John’s Phone targets on-the-go travelers and the elderly, we recommend this for anyone put off by the overlapping features on their iPod Touch, iPhone, tablet and whatever else clutters the pockets these days.

If you’re dead set on winding down the tech-level when it comes to your calls, a John’s Phone will set you back $89. It’s not out yet though. Wait until October to make that all-important purchase.