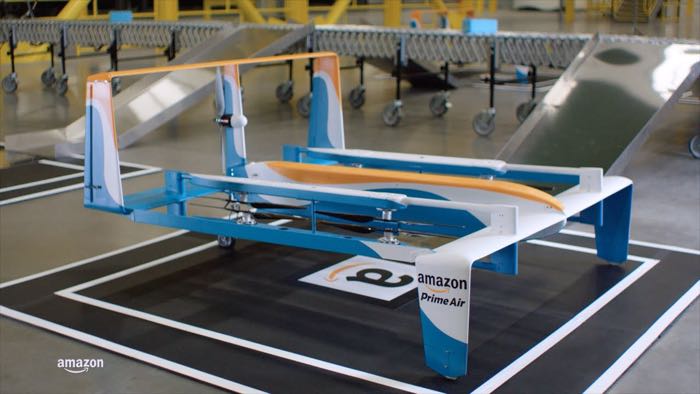 Amazon has show off a couple of its Amazon Prime Air drones before and now the company has released a new video showing off their latest drone.

In the video below we get to see an actual flight of the new Amazon Prime Air Drone in action and this new drone can fly for a total of 15 miles.

The new drone from Amazon is capable of scanning the area around it during flight and also when it is landing for any potential hazards, it will then land an deliver your parcel.

Amazon is looking to deliver parcels to their customers in around 30 minutes from when the order is place with these new drones. It could be a while before Amazon starts using them though as they will need approval from the various regulators in the US, and also the UK.

Amazon is currently testing out a number of different drones in different countries, how long these tests will take remains to be seen. As soon as we get some more details on when Amazon will start using drones to deliver your Amazon orders, we will let you guys know.