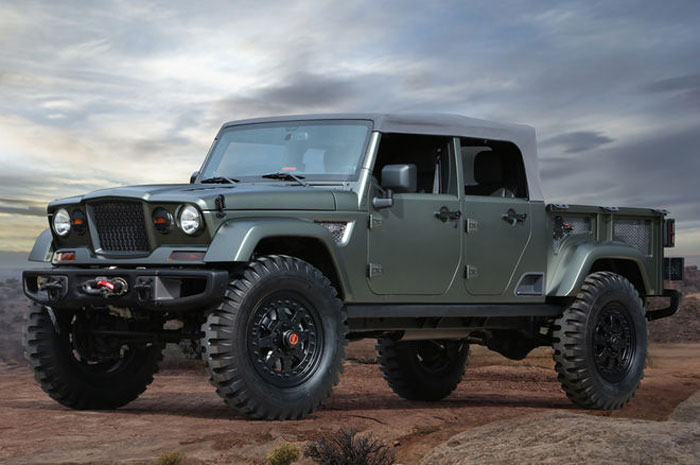 One of the most anticipated vehicles to come from Fiat Chrysler in recent memory is the new Jeep Wrangler truck. Automotive News reports that last week dealers had a meeting where several things were discussed. While most of the meeting was filled with recaps of 2017 and forecasts for 2018, there was one significant tidbit.

In the meeting, FCA announced that the Wrangler-based truck would hit dealers next April. We have no idea what the truck will look like, most are banking on a Wrangler with a truck bed in design and style rather than the awesome concept seen in the image here.

Dealers report that this was the oy new tidbit of information offered in the meeting. The Wrangler-based truck is expected to be called the Scrambler and will enter production in Q4 2018.