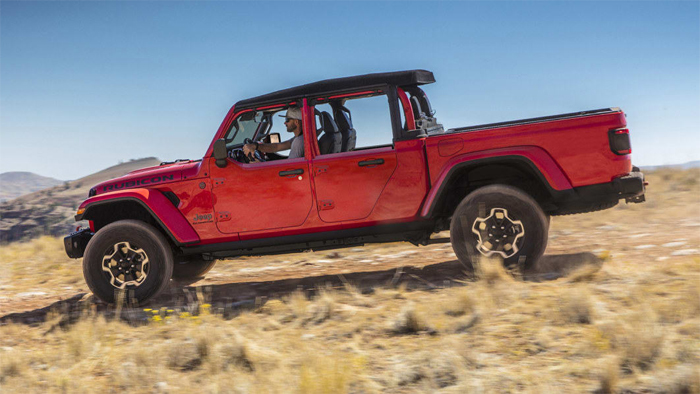 The option includes the half doors and their soft upper parts to match the soft top of the Jeep and the full doors as well. Pricing depends on if your Gladiator has the basic soft top or the optional premium fabric top. The Dual Door Group starts at $4590 for the base version or $4990 for the premium.