During Nokia’s presentation unveiling their new Lumia 920 and Lumia 820 smartphones yesterday. Nokia demonstrated how easy it was to charge their new Nokia Lumia 920/820 using wireless charging.

Using a special speaker called the PowerUp that has been created specifically for the Lumia 920/820 by JBL, watch the video after the jump to learn more about the JBL PowerUp speaker and see it in action. 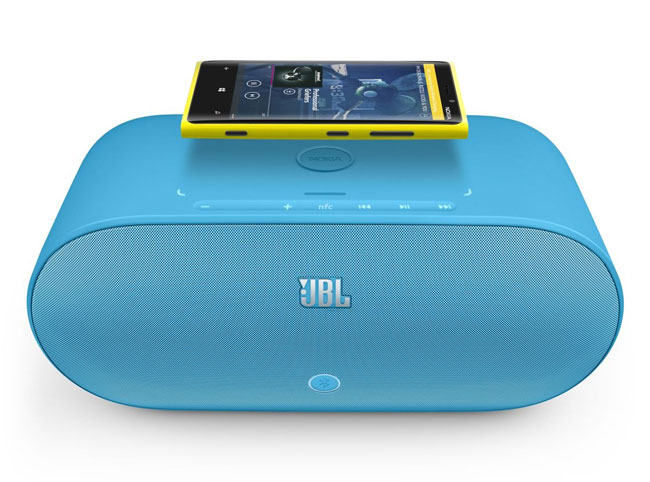 The JBL PowerUp Wireless Charging Speaker will be available in a variety of colours to match Nokia’s Lumia 920 and Nokia Lumia 820 cases, and to start playing music on the JBL speaker you simply need to tap your smartphone on the speaker, connecting via a combination of Bluetooth and NFC.

Unfortunately no information on pricing or worldwide availability has been released as yet by JBL, but as soon as information comes to light we will keep you updated as always.