In case you were unaware, rapper Jay-Z made a deal with Samsung to give away a copy of his new album Magna Carta Holy Grail ahead of the record’s official release date to the first million people who download the free app onto a Galaxy S III, Galaxy Note II, or Galaxy S4. While Jay-Z did get paid by Samsung as if he’d sold a million copies of his new album, those sales will not count towards securing his place on the Billboard 200 charts.

Representatives for Jay-Z argued that the million copies bought by Samsung should indeed count towards his place on the charts, but the Billboard maintains that nothing was actually purchased by the end consumers. Sales made to companies who purchase the album with intent to sell don’t count towards the Billboard charts until someone buys the album from the resale company. 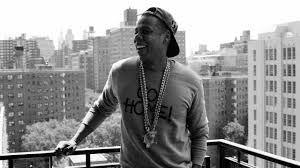 It’s not like it really matters though. In all likelihood, Jay-Z’s album will debut at number one on the charts regardless of Samsung’s deal and whether or not the album is any good. Although, being a fan myself, I’m willing to bet it will be.

Do you think Jay-Z’s deal with Samsung will hurt or hinder sales? If the album was going to sell only two million copies, will it now only sell one?