Like a wise man (not the guy in the picture)  once said: When you gotta go, you gotta go. This rather non-brainy invention is an insta-toilet for those unfortunate occasions when instant relief cannot spare a trip to the john. So what to do? Pull this bag out of its container (it’s small enough for a pants pocket) and step inside. Don’t worry about the smell; you can put fragrant pills inside to diffuse the stink. 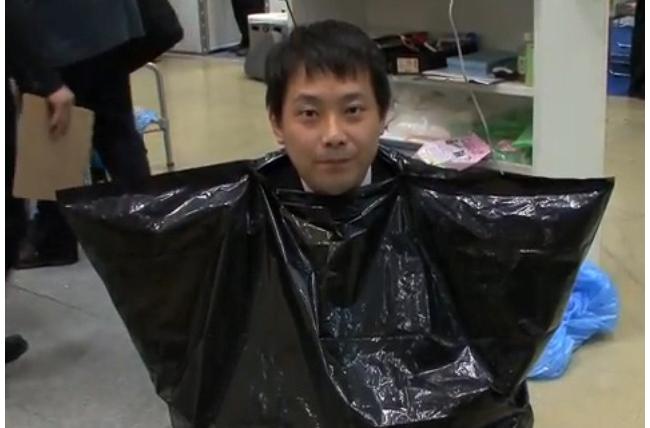 The Simple Emergency Toilet is actually meant for the thousands of displaced people along Japan’s quake-ravaged eastern coastline. Due to the collapse of infrastructure and thin spread of emergency facilities, sanitation outlets might not be available. In such cases, an easy way to dispose of human waste is by keeping them in bags. It also prevents bacteria from infecting water supplies, like what happened in Haiti’s post-quake refugee camps.

There’s a cool video demonstration on its proper use available. Here it is: