A Japanese researcher from the Chiba University in Japan, Professor Hiroshi Liu, has unveiled a hummingbird robot that cost over $2 million to develop. 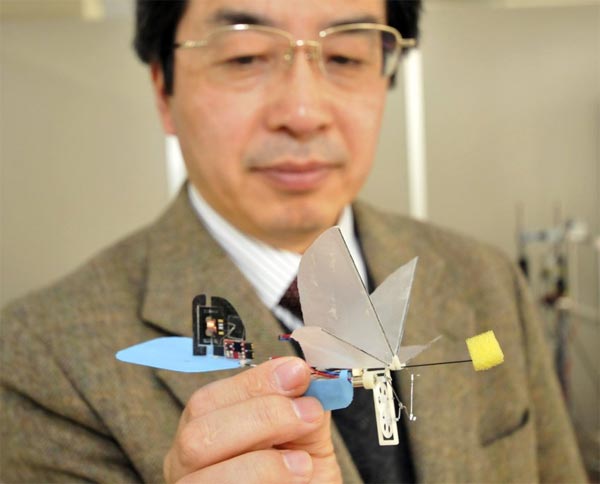 The robot is about the size of a real hummingbird and it can fly like a real one, and flap its wings at up to thirty times per second, it has four wings and a micro motor which powers the wings.

The hummingbird robot is controlled via infrared , and it can fly up and down and even in a figure of eight, and according to Professor Liu the tiny robot is more stable than a helicopter.

The robot is designed to be used in search and rescue missions and Professor Liu intends to add a micro video camera to the 10cm long robot, it could even be used in collapsed building to search for people who have been trapped.