Okay, okay, your heart might be racing after you read that headline. Calm down. It’s not as if a bunch of Gundams will be flying over Fukushima. What we meant by Robot Army are certain machines that will take part in the immense clean up operation throughout the disaster zone. The robots aren’t even used by the army and don’t carry weapons. Instead, models like the Enryu (pictured below) will see action in the Fukushima-Daichi plant as it treads amidst the rubble to clear the mounds of radioactive debris. 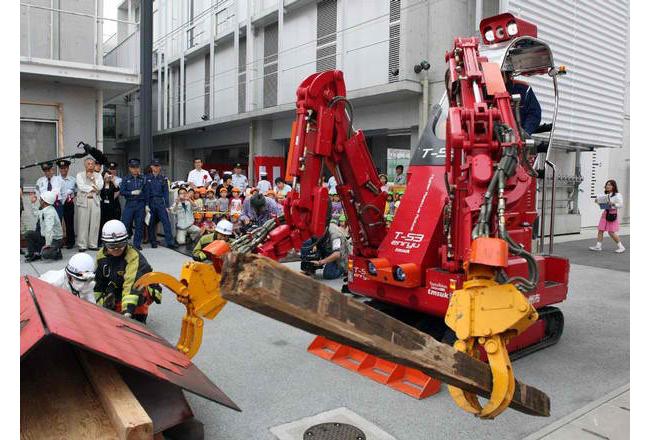 Alright, having laid out the goods, time to make space for the Japan Times’ report on this deployment:

Japanese robots designed for heavy lifting and data collection have been prepared for deployment at irradiated reactor buildings of the Fukushima No.1 nuclear power station, where U.S.-made robots have already taken radiation and temperature readings as well as visual images at the crippled facility via remote control.

At the request of the Ministry of Economy, Trade and Industry, Tmsuk Co., a robot builder based in Munakata, Fukuoka Prefecture, has put its rescue robot T-53 Enryu on standby at a dedicated facility in Tsukuba, Ibaraki Prefecture, about 170 km southwest of the power plant in Fukushima Prefecture devastated by the March 11 magnitude-9.0 quake and tsunami.