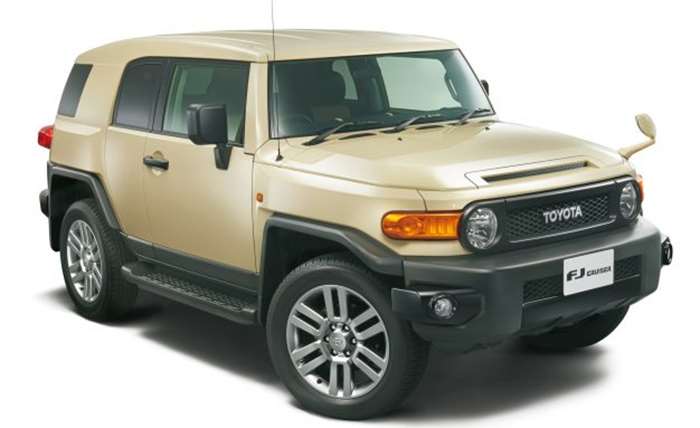 Toyota has announced that Japanese fans will have one last chance to buy an FJ Cruiser with a special edition called the Final Edition FJ Cruiser. It will only be offered in Japan and comes with special beige paint, a beige interior, 20-inch wheels, bumper mounted lights, a 4.0 V6 engine and 5-speed auto trans.

It even gets a swanky mirror on the front fender. That’s a bit too much beige for my tastes. I’m still rather surprised Toyota cancelled the car in the US, used prices on them are sky high indicating there is still demand.