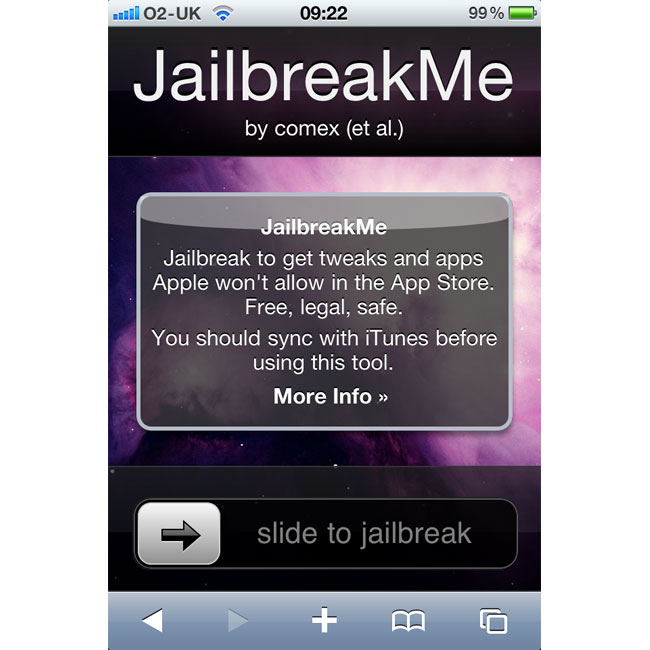 The new jailbreak is unlike previous versions as it is 100 percent browser based and doesn’t require you to install any software on your computer. If you intend to use the JailbreakMe tool it should be noted that some users have had problems with FaceTime and MMS after using the tool, although there is apparently a fix on the way for this.

You can find out more details over at JailbreakMe.

It seems that the issues with MMS and FaceTime have now been fixed, more details at the link below.