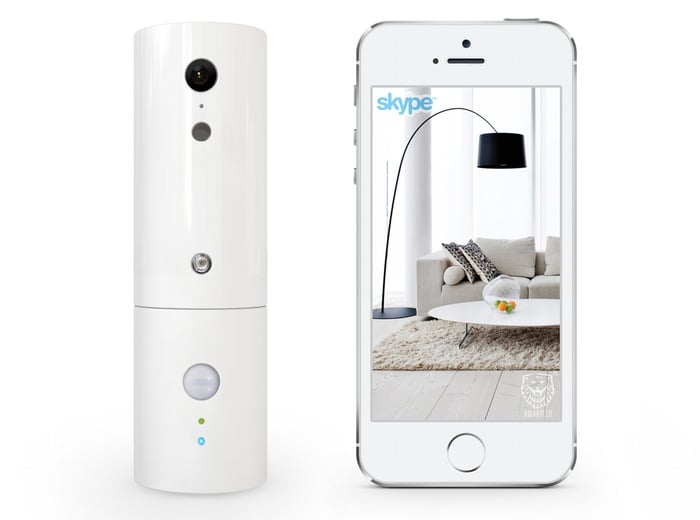 Anyone in the market for a new home or office security camera system might like to give this new iSensor HD IP security system more investigation.

The iSensor HD system features a camera that is no taller than an iPhone 5 and provides users with a home wireless security camera that is equipped with 256-bit encryption and 15 GB of free cloud storage. Watch the video after the jump to learn more about the iSensor HD project and see it in action.

The iSensor HD security camera system is equipped with a built-in motor and gears allowing it to be panned over 180 degrees to check the surrounding environment. Its also powered by a 5 volt and 1 amp supply, and is the world’s lowest power-consuming high definition IP camera with a panning feature, say its creators who explain:

“The iSensor HD is a modular, self-installed, home security system that runs all of its communications through Skype. It is a small and unimposing security device that can be mounted on walls, ceilings, or even set atop a desk.

Several sensors can be added around your home or small office, all connecting through Skype to your phone or tablet. Offering up to 1280 x 720 HD quality in real-time, the iSensor HD aims to bring the ease of self-installation and the ultra-high level of Skype’s 256-bit encryption to the home security market!”

The iSensor HD project is currently over on the Indiegogo crowd funding website and has already raised more than $140,000 thanks to near 1,000 funders. So if you think iSensor HD is something you could benefit from, visit the Indiegogo website now to make a pledge and help iSensor HD become a reality.