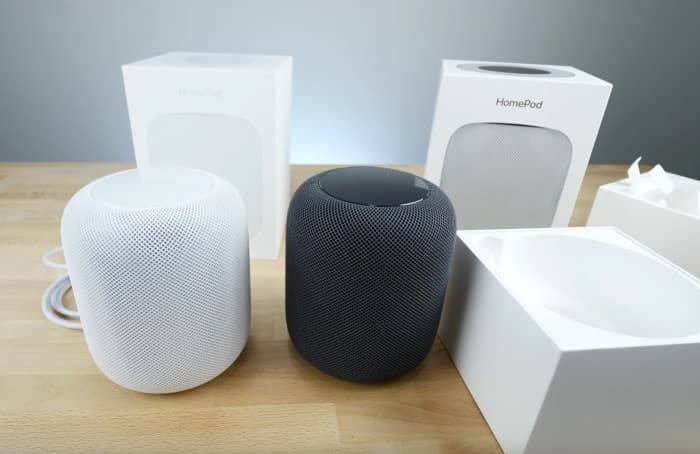 Apple is rumored to be launching a new cheaper MacBook Air this year and according to a recent report they are also working on a cheaper Apple HomePod.

The HomePod retails for $349 and Apple is looking to launch a cheaper version of the device in the second half of the year.

Apple’s HomePod is more expensive than devices from competitors like Amazon and Google, although Apple markets the device as a high end speaker rather than a speaker with a digital assistant built in.

Both these companies offer cheaper device, Amazon has the Echo Dot and Google has the Google Home Mini. It is possible that Apple’s cheaper device could be looking to take on these devices, whether Apple will sell them for a similar price remains to be seen.

Apple offers cheaper versions of its iPhone and iPad, the iPhone SE costs $349 and their entry level iPad retails for $329, these devices have been popular for the company.

We suspect that the cheaper version of the HomePod will still focus on Audi quality so we can expect the device to be more expensive than the cheaper offerings from both Google and Amazon.