It seems that not many people are actually using the camera in the iPad 2 to take photos, according to data published on Flickr, which shows how many photos are uploaded on a daily bases from Apple’s iOS devices.

The data shows that on average 22 photos are being uploaded per day which have been taken with the camera on the new iPad 2, this is pretty low considering that Apple has already sold a few million of them since launch. 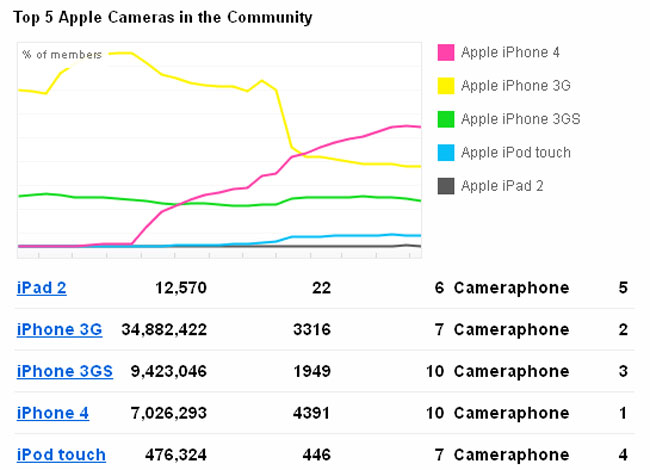 The iPhone 4 seems to be the most popular Apple device for taking photos, you can find out more details over at Flickr.