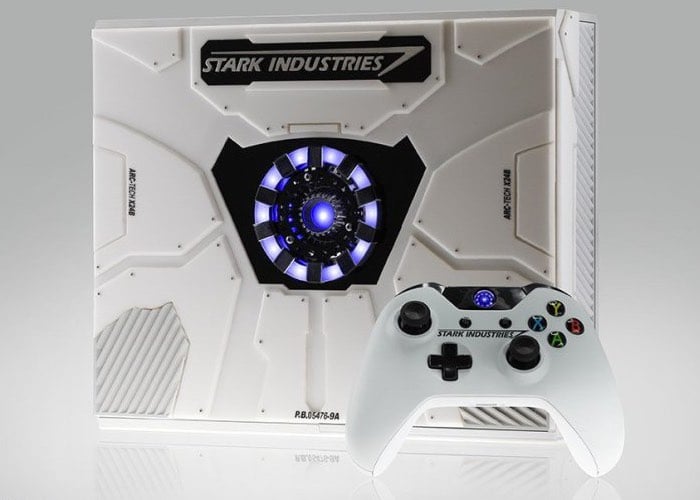 To celebrate this week’s launch of the Captain America Civil War movie Microsoft has unveiled a new Iron Man Xbox One Special Edition console which is available to when fire the Xbox France website.

Check out the video below to learn more about this white Stark Industries branded Xbox One console which includes a miniature arc reactor. Also check out the official trailer for the new Captain America Civil War movie.

Political pressure mounts to install a system of accountability when the actions of the Avengers lead to collateral damage. The new status quo deeply divides members of the team. Captain America (Chris Evans) believes superheroes should remain free to defend humanity without government interference. Iron Man (Robert Downey Jr.) sharply disagrees and supports oversight. As the debate escalates into an all-out feud, Black Widow (Scarlett Johansson) and Hawkeye (Jeremy Renner) must pick a side.