It looks like we may have our first accessory for the iPhone 4S, which is designed to work with Apple’s new voice activated virtual assistant, Siri, called the IRIS 9000, and as you can see from the photo below the IRIS 9000 has a striking resemblance to Hal 9000.

The IRIS 9000 is a dock for your iPhone 4S and it comes with a micro remote that will let you activate Siri by pressing a button, there is also a built in microphone which can pick up your voice commands, have a look at the video of it in action below. 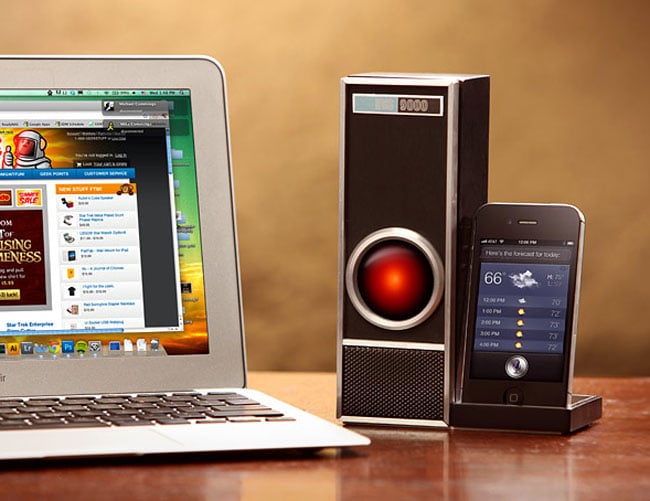 We suspect that this is going to be a popular accessory for the iPhone 4S, and according to Think Geek it will go on sale for $59.99 next year.