Alarm clocks are such dreadful things. They’re noisy, abrupt harbingers of another dreary 9-5 at the office. (The Lord bless those who truly enjoy their work.) This latest concept by Oliver Sha exacerbates the morning terror by adding a little trivia to the ordeal. How? 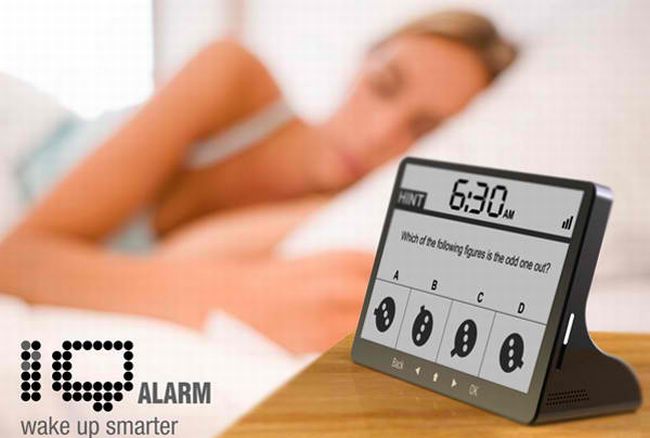 It’s called an IQ Alarm Clock for good reason: It asks you a question (or questions) that if answered correctly, kills the infernal noise. According to its designer, if ever produced and marketed his creation “is an alarm clock you will love to hate.” That’s right on target. The problem is the questions are tricky for a sleep-adled mind and yes—it’s questions. A series of three that are asked before the beeping goes zip.

There’s no escape either, because you can’t just tear away the batteries (they can’t) or shut it off. Doing the latter requires you to press down for 30 seconds. Not an attractive prospect.

Alarm clocks have come in so many shapes and sizes, you even shoot a particular model to silence it. But we have to admit the IQ concept is the first that will induce the unfortunate victim to bash it on a wall until it’s dead. Or maybe just answer the questions.