If you have older children, you remember how difficult potty training can be. If you have young children, you have no idea what you’re in store for when it comes time to get your little ones to use the toilet. Trust me when I say parents will try anything to get their children to use the potty rather than their diaper. 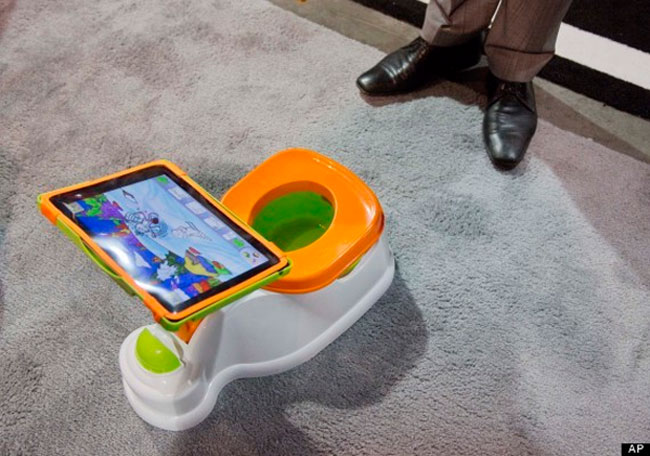 At CES 2013, a new device called the iPotty was on display, and this product clearly deserves an award of some sort. The product comes from a company called CTA Digital and has a little iPad case that holds an iPad on the front of a toddler toilet opening up the potential to trick your little one into going tinkle on the potty.

The plastic potty will be available in March via Amazon.com for under $40. Parents, that is $40 well spent. I suggest you closely supervise little boys because you never know when they’ll stand up and pee on everything, including the tablet.