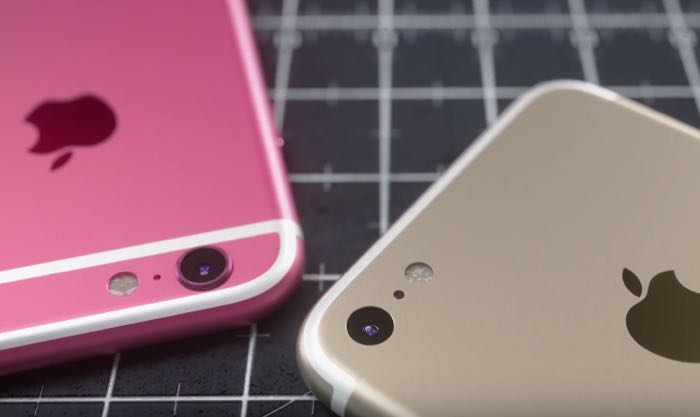 Apple will announce their iPhone SE along with the new iPad Pro at a press event later today, the iPhone SE is expected to have a similar design to the iPhone 5S, although it will get a number of major hardware upgrades.

The video below shows an iPhone SE case compared to an iPhone 5S case and it shows that there will be a number of subtle design changes on the new handset.

Apple’s new iPhone SE is rumored to come with a 4 inch Retina display with a resolution of 1334 x 750 pixels, the device will come with the Apple A9 processor and will also feature 2GB of RAM.

The handset will come with support for Apple Pay and it may also have Apple’s 3D Touch, the device will also get new cameras.

On the front of the handset there will be a 5 megapixel FaceTime camera and on the back the handset will come with a 12 megapixel camera which is capable of recording 4K Ultra HD video.

The device will come with iOS 9.3, which will also be released to existing Apple devices this week, we will have more information on Apple’s new iPhone SE and also their new iPad Pro later today.