The discovery that both the Apple iPhone and Google Android smartphones hold GPS tracking data on your whereabouts, has caused a number of privacy issues over the last week or so. But a newly discovered tracking problem exists on the iPhone, which is a little more of a concern.

The WSJ has discovered that even if you have your location services disabled on your iPhone the mobile phone will continue to track and record your location data. Its believed that the data is collected using data from cell towers and Wi-Fi hotspots as the iPhone communicates with them, which is well within Apple’s rights to do. 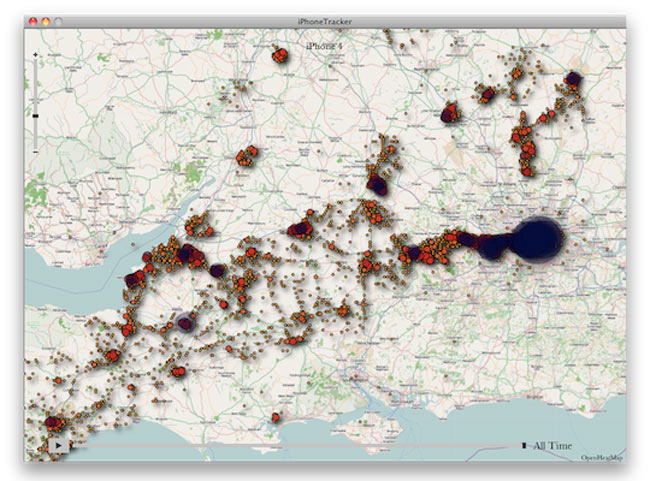 The recoding of the tracking data maybe due to whats thought to be a bug within the iOS software, but its a little unnerving to think that Apple could have let such a privacy related bug slip through into product models, especially as the data stored in not encrypted.

The Journal disabled location services (which are on by default) and immediately recorded the data that had initially been gathered by the phone. The Journal then carried the phone to new locations and observed the data. Over the span of several hours as the phone was moved, it continued to collect location data from new places.

These data included coordinates and time stamps; however, the coordinates were not from the exact locations that the phone traveled, and some of them were several miles away. The phone also didn’t indicate how much time was spent in a given location. Other technology watchers on blogs and message boards online have recorded similar findings.