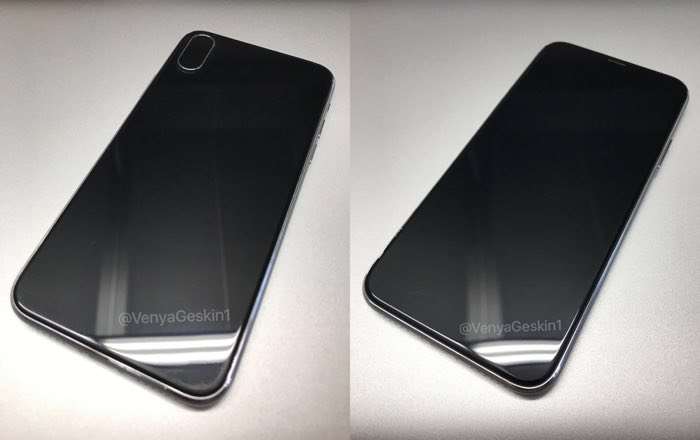 Last week we saw some photos of a dummy unit of an iPhone 8, the device was apparently a mock up of the new iPhone 8 based on design leaks.

Now the dummy unit of the iPhone 8 has appeared again and it is now shown off on video which was posted on Twitter by Benjamin Geskin, you can see the video below.

Apple’s new handsets will get a complete redesign and will feature a glass back and stainless steel chassis. The new iPhones will also get some hardware upgrades which will include the new Apple A11 processor and also more RAM than the current range.

Other specifications on this years iPhones will included updated cameras and Apple will also ditch the physical Home Button, instead the home button and fingerprint scanner will be under the glass of Apple’s new iPhones.

We are expecting Apple to launch their new iPhone 8 range some time in September, as soon as we get some more details about the handsets, we will let you guys know.