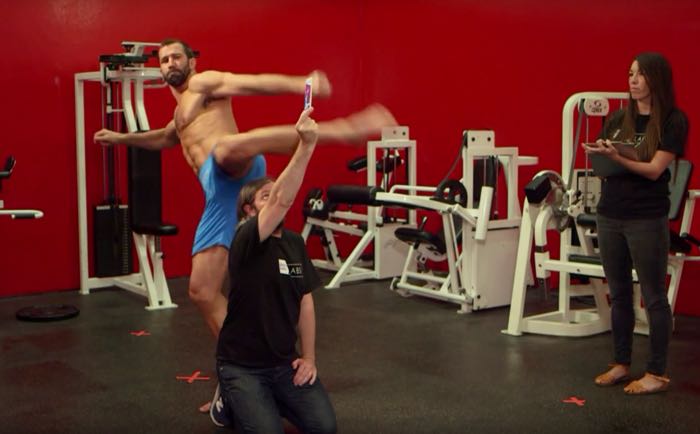 We have already seen a number of videos of the new iPhone 6S and 6S Plus being dropped, place in water and now we have a video where the handsets go up against MMA Champion, Luke Rockhold.

In the video below we get to see Luke Rockhold kick the new iPhones and also try and bend the devices, the previously video we saw showed that the handset was more difficult to bend than last years model.

Adding a whole new meaning to battery testing, Rockhold met the phone face to face in his gym and put it through two rounds of intense combat.

A kick test and bend test, applying Rockhold’s immense power, tested the phone to destruction as this video shows.

As we can see from the video, Apple;’s new iPhones are no match for an MMA champion, it seems like people are coming up with more inventive ways to destroy Apple devices each year.