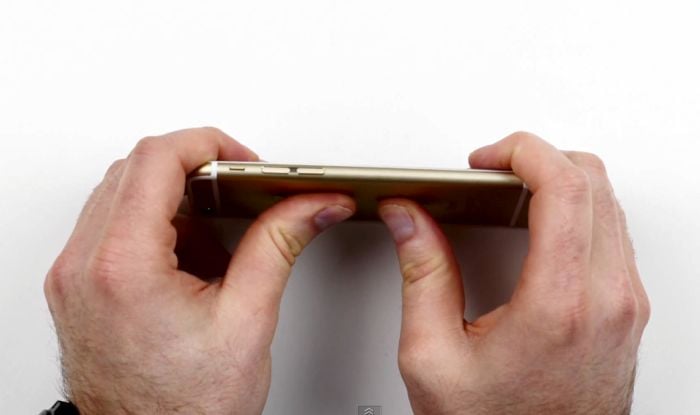 Over the last few days we have seen a number of videos of the iPhone 6 Plus being bent, it appears that the handset is quite easy to bend, and a number of users have reported their device being bent when they have had it in their pocket.

What about the smaller iPhone 6, will it bend?, Lewis Hilsenteger, from Unbox Therapy is back with another video, this time we get to see whether, the iPhone 6, with its 4.7 inch display bends as much as the ‘Plus’ model.

We heard earlier today that Apple may replace any devices which suffered the issue under warranty, the news came from an Apple employee, although Apple have not released an official statement as yet regarding the issue, which is currently known as ‘bendgate’.