Earlier this week, some iPhone 6 mockup surfaced from the folks at Macitynet, which were created based on the available information and schematics.

The images showed how the large iPhone 6 will look like. The same website has now shared some more images of the alleged iPhone 6, and compared it to the latest Samsung Galaxy S5. 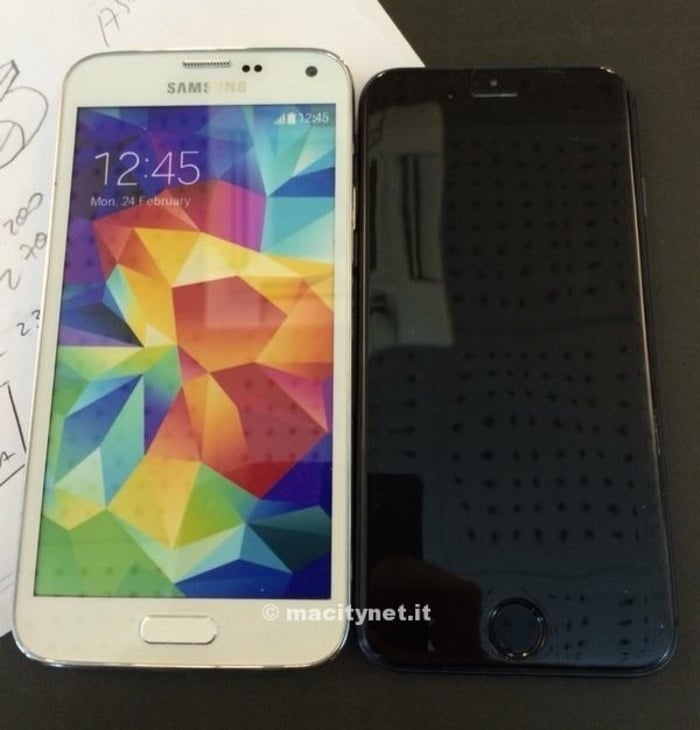 It’s interesting to note that both devices are almost of a similar size, despite the fact that Samsung Galaxy S5 comes with a larger 5.1-inch display with a thickness of 8.1 mm. This makes it thicker than the iPhone 6, but overall, it will good to see the larger iPhone getting in the market to compete with all the gigantic phones

Apple is rumored to be working on two new iPhones with 4.7-inch and 5.5-inch screen size respectively. Several reports suggest Apple will unveil the larger iPhone later this fall, possibly in September. As for the larger 5.5-inch display, rumors hint that it has been delayed due to production issues.

The above mockup is reportedly created by a case manufacturer which is used to make sure that cases fit properly on the upcoming iPhone 6, and is said to be the final version. The alleged handset is rumored to come with an A8 processor, ultra thin retina display and iOS 8 as its operating system.