Apple’s iPhone 5 is their 6th smartphone, the first iPhone was released back in 2007, the iPhone 2G, and if you are wondering how far the iPhone has come since the first version was released, have a look at the video below, which was put together by Everything Apple Pro.

The video below shows a number of tests, like the device booting up, and web pages loading etc, on every one of Apple’s iPhone models, back from the iPhone 2G to the new iPhone 5. 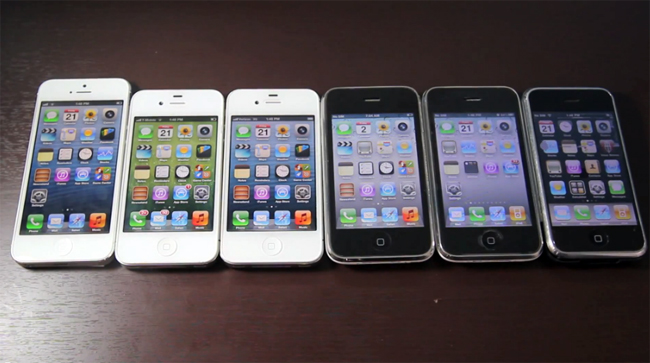 As you can see from the video, the new iPhone 5 was quickest at loading Apple’s website, although the iPhone 4S actually booted up faster than Apple’s new iPhone 5.