We seen more and more photos of parts for the iPhone 5 over the last few days, and now it looks like we may actually have some photos and a video of an actual iPhone 5. 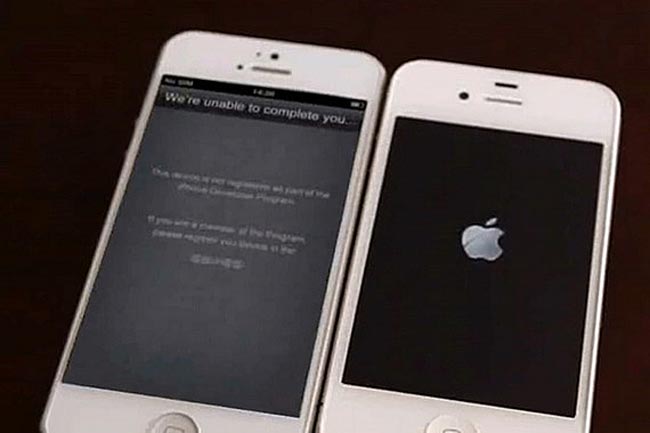 As you can see from the video above, the iPhone 5 boots into iOS 6 and then show an iOS 6 error screen, also have a look at the photos below which shows the new iPhone 5 and its larger 4 inch display.

Apple will be officially announcing the new iPhone 5 at their press event on the 12th of September, we are expecting Apple to put the iPhone 5 up for pre-order on the same day and it looks like the official iPhone 5 release date will be Friday the 21st of September.