Apple is expected to unveil the iPhone 5 at next weeks special event on Tuesday the 4th of October, we have already seen a wide range of cases which are supposed to be for the new iPhone 5, including some from Case Mate.

Now according to the guys over at Mac Rumors, AT&T retail stores have already started receiving cases for the new iPhone 5, and as you can see from the photos below, they point to a new slimmer design that we have heard about previously. 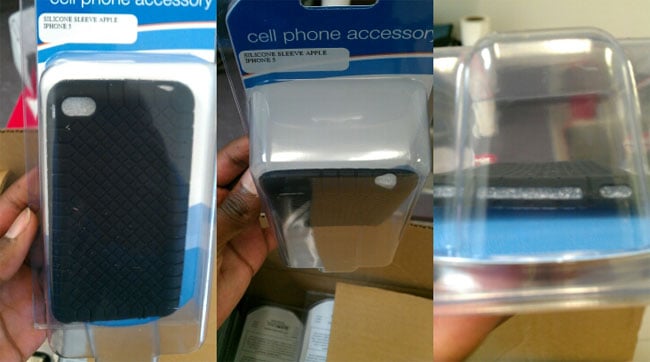 The design looks very similar to the Case Mate iPhone 5 cases we saw recently, with a tapered design and the mute switch on the opposite side of the iPhone.

We don’t have long to wait now, there have been rumors that we would only see an iPhone 4S next week and not the iPhone 5, but with all these cases appearing we suspect the iPhone 5 will launch next week along with a cheaper iPhone 4S.

Have a look at our iPhone 4S review to see what we thought of Apple’s latest smartphone, plus iOS 5 and their new virtual voice activated assistant Siri