Apple has some hot gadgets in its line up both figuratively and literally. Apple gadgets have been accused of catching on fire in the past and some investigations in Europe were conducted on the phenomenon.

Boy Genius Report reports that an iPhone owner has been burned on the hand when his iPhone 4 caught fire as he was plugging it into the Apple USB cable. The smartphone reportedly burst into flames melting the USB cable. 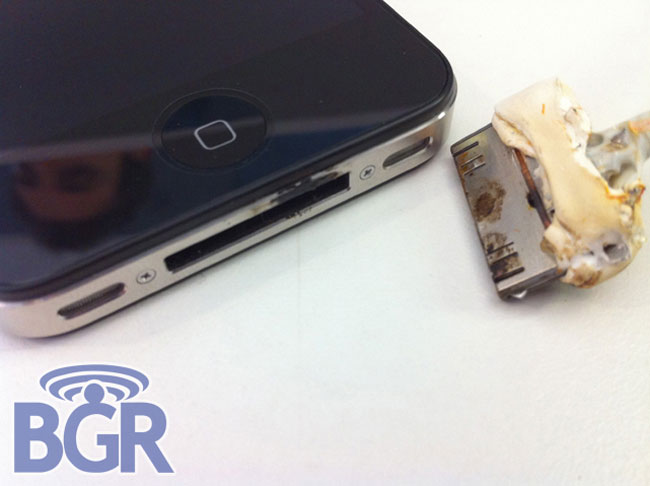 BGR also reports that an Apple Store has confirmed to AT&T that the flamage was not due to user error and appears to be related to a faulty USB plug. There has been no official comment at this point and presumably this is an isolated indecent.