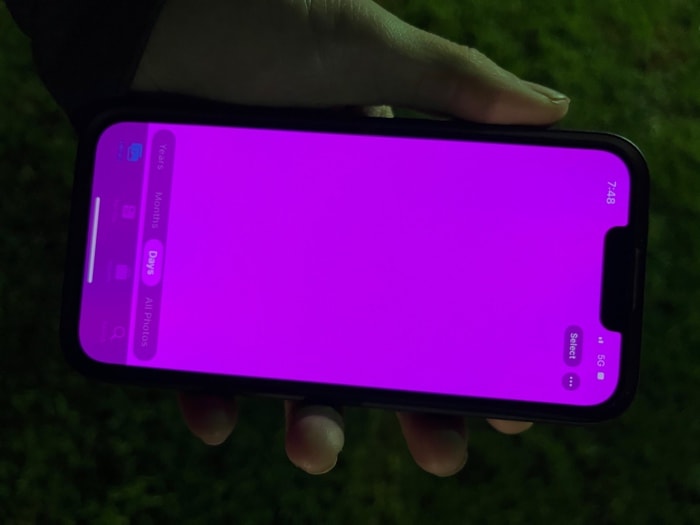 Some owners of Apple’s iPhone 13 smartphone have reported a bug where they are seeing a pink screen on their device.

Reports on the Apple forums of the issue and Reddit have seen users posting about a problem with a pink screen.

This can be seen in the photo above which was posted on the Apple forums by iPhone owner DPigar, this clearly shows the issue that people are reporting.

That happened to me too so I took it to my local Apple store. They said it was because it didn’t download the latest update (even though it is set to automatic updates). I was sent home because the update takes 30 minutes. After about 5 minutes, the phone says it can’t update. Now it’s crashing and turning off.

I just switched to Apple and it’s very disheartening to have a brand new phone not working.

Apple has apparently said that this is caused by a software issue so we presume that this could be fixed with a software update.

Last week we had iOS 15.3 Release Candidate, Apple is expected to release the final version of this software this week. It is not clear as yet whether the iOS 15.3 update will fix the pink screen issue on the iPhone 13. As soon as we get more details on when this issue will be fixed we will let you know.