With the worldwide launch of the Apple iPad only a few days old, one early adopting street entertainer has already perfected a routine using the new device.

Magically appearing white doves and other objects from within the iPad together with some very well timed pieces to create a great show. Which was filmed right outside an Apple store and even incorporated the store’s logo into his routine. Check out the video after the jump. 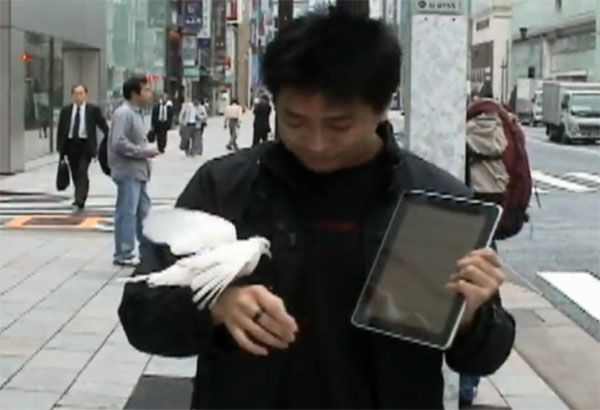 Perhaps Apple should employee the Japanese street entertainer to help launch their new iPhone 4G at the up-and-coming WWDC keynote.