The iPad Pulse reader is a sexy news aggregating app for the iPad that Steve Jobs featured in his keynote speech yesterday. But unfortunately was then pulled from the App Store a few hours later due to a complaint by the New York Times saying that the app was infringing it rights. 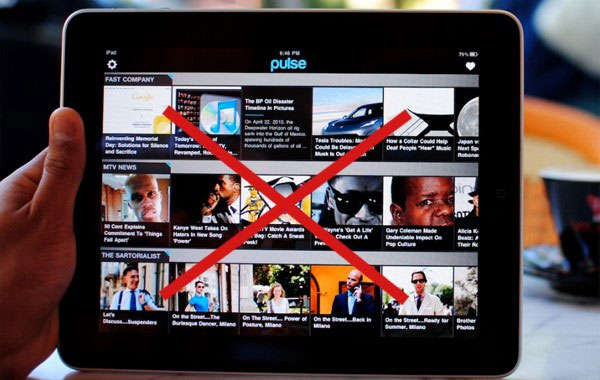 Due to the fact that the App costs $4 but collects publicly available RSS feeds, this has now been interpreted as a “commercial use” of those feeds and therefore a violation of the New York Times and Boston Globe‘s Terms of Use.

I bought the Pulse reader app as soon as it appeared in the Apple iPad App store and I use it everyday to check my top feeds and its a real shame that something like this has affected it being availble in the App store.

The makers of the App are currently contacting Apple to see if they can get the reader back into the App Store. But this move by the NYT could be a starting point for more problems with other RSS readers with a price tag .