We have been hearing rumors that Apple may launch a smaller version of the iPad next year at the same time as it launches the iPad 2, and now a photo has appeared online of what could possibly be the new iPad Mini.

The Photo below shows celebrity and race driver Jimmy Lin from Taiwan holding an iPad, and what looks to be a smaller version of the iPad. 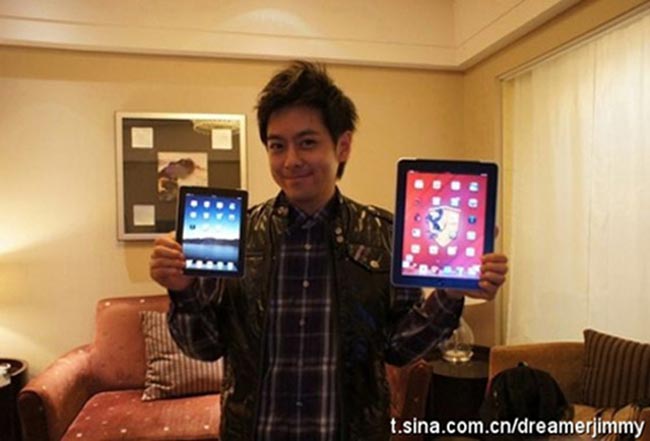 Of course the smaller version of the iPad could just be a knock off of the Apple iPad, unfortunately the photo isn’t clear enough to see exactly what the tablet is.

We suspect this is a fake, as Apple usually keeps their new products under lock and key so we cant see how Jimmy Lin would have managed to get his hands on a new yet to be released iPad, unless someone left it in a bar.