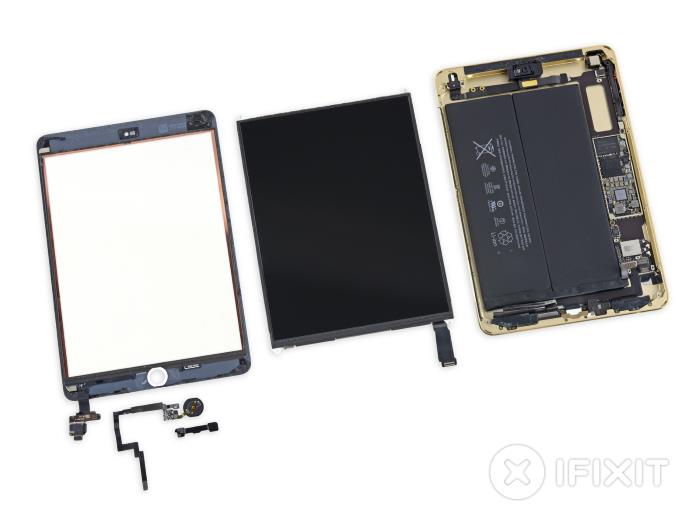 Not too long ago, the iPad Air 2 was taken apart by the folks at iFixit revealing more information about the internals of the tablet, and now it seems it’s time for the iPad Mini 3.

Apple iPad Mini 3 isn’t a significant update over its predecessor, but that doesn’t make the tablet easy to repair. The tablet features a similar set of specifications as its predecessor, with a few minor changes, including the Touch ID and a new gold color option.

Similar to its predecessor, the iPad Mini 3 received a repairability score of 2 out 10, making it a very difficult tablet to repair — the iPad Air 2 also received the same score.

The good thing is that LCD and display are not fused together so it’s fairly easy to replace them, unlike the iPad Air 2. Same is the case with the battery, it’s not soldered into the logic board or any other component.

Unfortunately, Apple used a decent amount of adhesives to hold components in place, including front glass, battery, front camera, back camera, ribbon cables, which makes the repair extremely difficult. Furthermore, the lightning pin is soldered into the logic board so make sure you don’t mess around with its pins.

Head over to the source link below to check out the complete teardown.