Recent reports show that Apple’s iPad is closing the gap between it and Amazon’s Kindle device in eReader market share. The latest survey from ChangeWave including a sample of 2,800 consumers shows that the Amazon Kindle is 47 percent nearly 15pts  over the Apple iPad which is 32 percent up 16pts. See the graphs after the break. 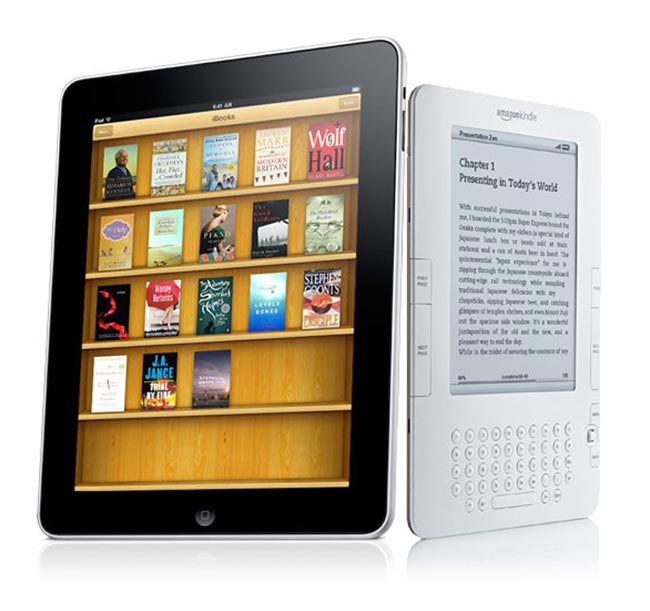 However the iPads market share of the whole market has doubled since ChangeWave surveyed e-Reader owners back in August. 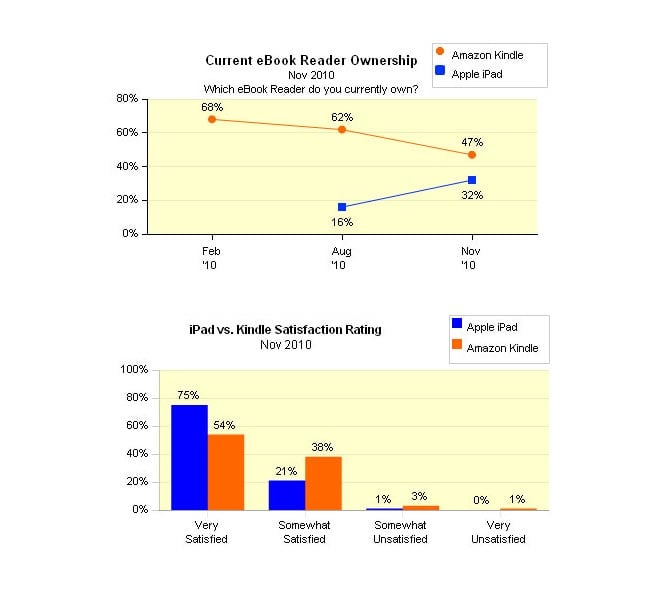 Even thought there are other eReaders available on the market it is now looking more and more like a two horse race between Apple’s iPad and Amazon’s Kindle. But the difference between to the two devices will also make consumers lean one way or the other. With Kindle owners more likely to read books on their device 93 percent than iPad owners 76 percent.