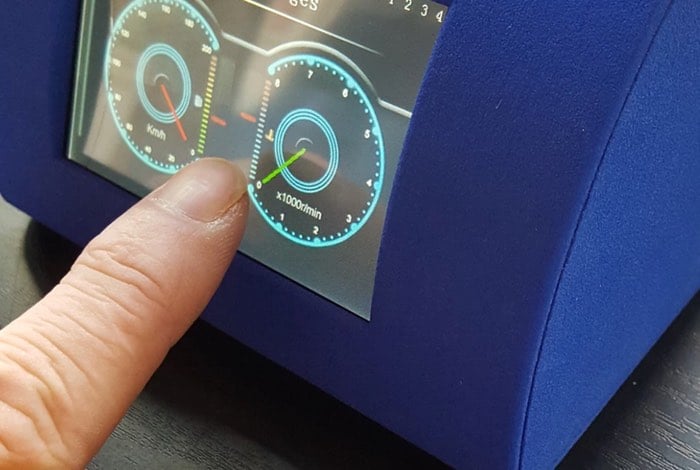 Gamolina based in Seattle has once again taken to Kickstarter to raise funds for its Internet of Things user interface solution, after previously missing their required pledge goal. The company has now lowered the pledge goal to a more easily accessible amount and hopes to raise the required $4,000 over the next 30 days.

If you enjoy making IoT but don’t have time to create a user interface for your projects you may be interested in the low-cost, easy to program LCD touchscreen computer that is equipped with wireless connectivity.

Watch the video below to learn more about this small wireless hardware that can be used for controlling a network of sensors or actuators, and has been created to simplify the development of your own IoT projects. Gamolina explains more :

The ESP8266 WiFi System on a Chip (SoC). This has taken the maker community by a storm. The Nextion TFT display from ITead Studio, a company who will also be the manufacturing partner for the NextDev. NextDev utilizes your choice of existing software development platforms:

The LUA scripting language via NodeMCU. The Arduino IDE tool for the ESP8622. Native ESP8266 SDK. NextDev interoperates and interconnects with other IoT platforms via standard communication protocols such as MQTT.

Jump over to the Kickstarter crowdfunding website to make a pledge from just $24 to help the NextDev hardware go into production.