Apple is expected to include sophisticated face detection software with it new iOS 5 due to roll out later this year, and will also be providing developers with facial recognition API for iOS 5 applications. Enabling an easy way for developers to integrate the new face detection features in to their new applications.

The new features are the result of Apple’s purchase of Polar Rose last year, a company who specialises in face detection algorithms. Some of which can already be seen in Apple’s new OS X Lion Photo Booth application, allowing birds to fly around user heads. 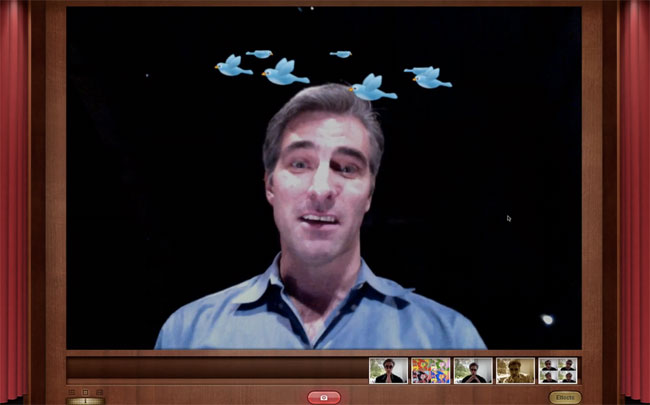 The reports come from the 9to5Mac website who has been busy investigating the new iOS 5 software and already viewed the iOS 5 exclusive APIs, which they say are highly sophisticated.

“The first, called CIFaceFeature, can determine through an image where a person’s mouth and eyes are located. The second API, CIDetector, is a resource within the operating system that processes images for face detection.”

More information on the new API’s can be found on the 9to5Mac website.