iTunes has been a great success for Apple, and their iTunes music downloads are extremely popular, another part of iTunes that is popular is their iOS apps for the iPhone, iPad and iPod Touch.

According to analysts Aysmco, iOS application downloads may over take the number of songs downloaded by the end of the year, which would be pretty impressive considering the amount of songs currently sold through iTunes. 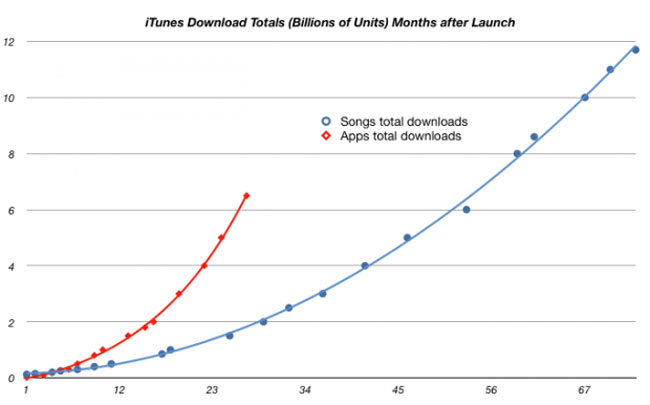 As can be seen, the App store has reached the same total downloads in 2.2 years as the iTMS reached after five years. The two curves are likely to be the same height (around 13 billion each) before the year is over.