AirPrint Apple’s wireless printing service will be included in iOS 4.2 and should by then be ready to send pages from your iPad or iPhone to almost any printer connected to the same network.

Oliver Haslam from the I-Blog has already tested out the software and put it through its paces. Check out the movie after the jump. 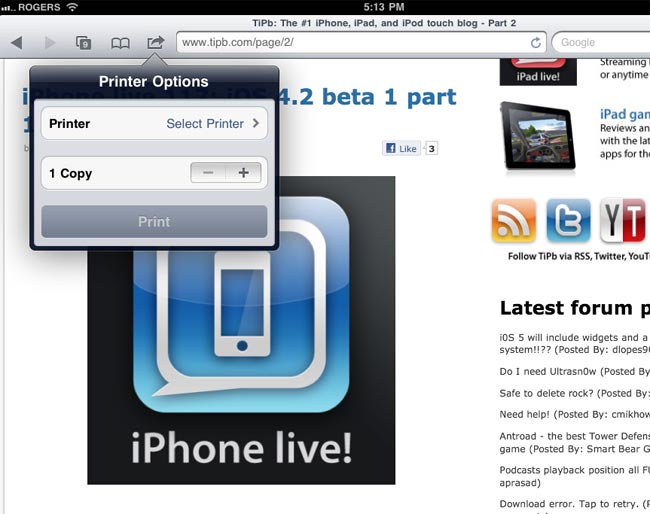 AirPrint will be availble on the iPad, iPhone (3GS and 4) and iPod touch (3rd gen onwards) when the update is released in November.

AirPrint enables your device to automatically find printers on local networks and print text, photos and graphics over Wi-Fi without the need to install drivers or software. The iOS 4.2 update will also introduce Airplay – an updated version of AirTunes which will let you stream music and video and view photos over Wi-Fi.