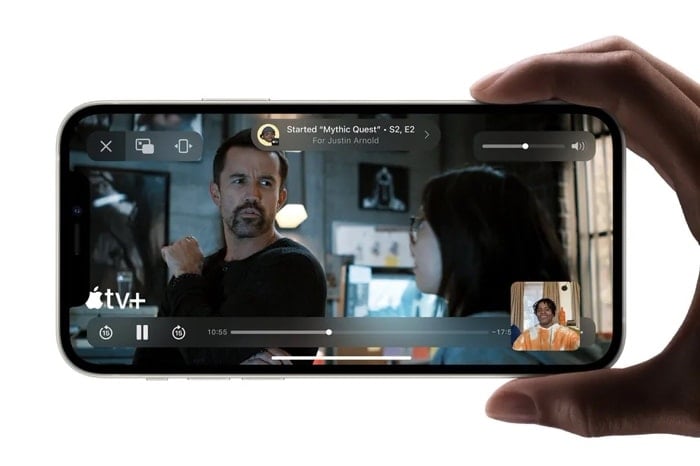 Apple are expected to release iOS 15 next month along with the new iPhone 13 smartphones. The software will bring a range of new features to the iPhone, this will include their new SharePlay feature.

SharePlay is designed to let you watch movies and TV shows with your friends over FaceTime. Now it has been revealed that this feature will not be available when iOS 15 launches.

Apple has now told developers that SharePlay will be disabled in the recently released iOS 15 beta 6 and that it will be rolled out later this fall.

We’re thrilled with the high level of enthusiasm we’ve seen from the developer community for SharePlay, and we can’t wait to bring it to users so that they can experience your apps with their friends and family in a whole new way.

As yet there are no details on why Apple has decided not to make SharePlay available at launch, we presume there are some bugs they want to iron out of the sofware before its is released.