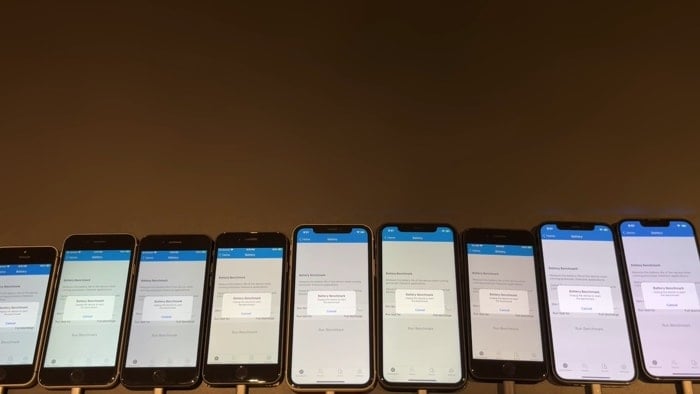 Last week Apple released their iOS 15.2.1 software update for the iPhone and iPadOS 15.2.1 for the iPad. The updates were designed to fix some bugs and also a security vulnerability that was present in iOS 15.2.

Now we get to find out if there are any battery life improvements in this new version of Apple’s iOS in a new video from iAppleBytes.

The video below tests the battery life of the iPhone SE, iPhone 6S, iPhone 7, iPhone 8, iPhone XR, iPhone SE 2, iPhone 11, iPhone 12, and the iPhone 13. Let’s find out if there are any battery life improvements in the latest iOS release.

As we can see from the video there does not appear to be any improvements in battery life in the majority of the handsets with this new iOS 15.2.1.

Apple is also working on iOS 15.3 at the moment which is currently in beta and this could possibly bring some battery life improvements to the iPhone.

Last week we had the second beta of Apple’s iOS 15.3 software, which means that we will have to wait a little while for the final version to be released. We are expecting Apple to release their iOS 15.3 software update sometime in February, as soon as we get some more information on the release date we will let you know.