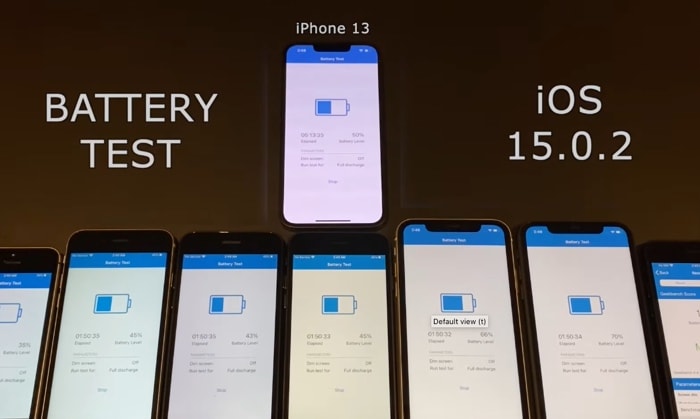 Apple recently released their iOS 15.0.2 software update for the iPhone and iPadOS 15.0.2 for the iPad and now we get to find out if there are any battery life improvements in the software.

We previously got to look at the iOS 15.0.2 software and now we have a battery life test on a number of devices.

As we can see from the video there are some minor improvements in some devides like the iPhone 13 with this iOS 15.0.2 software update. The majority of the devices are about the same as the previous release.

The next software update we are expecting from Apple is the iOS 15.1 update, this is currently in bet and we are expecting the final version to be released around the end of October. This update could possibly bring some battery life improvements to the iPhone.