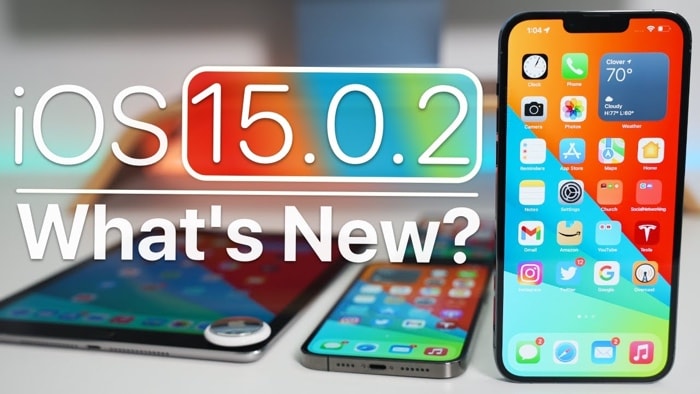 Apple recently released their iOS 15.0.2 update for the iPhone and iPadOS 15.0.2 for the iPad, we previously saw a video of the OS and now we have another one.

The video below from Zollotech gives is another look at what is new in the iOS 15.0.2 and iPadOS 15.0.2 software updates.

This update fixes a number of bugs in Apple’s iOS software, you can see the release notes below which provide more information.

his update includes bug fixes for your iPhone:
– Photos saved to your library from Messages could be deleted after removing the associated thread or message
– iPhone Leather Wallet with MagSafe may not connect to Find My
– AirTag might not appear in the Find My Items tab
– CarPlay may fail to open audio apps or disconnect during playback
– Device restore or update may fail when using Finder or iTunes for iPhone 13 models
For information on the security content of Apple software updates, please visit this website:
https://support.apple.com/kb/HT201222

The new iOS 15.0.2 and iPadOS 15.0.2 software updates are now available to download, you can install them on your device by going to Settings > General > Software update.

Apple also currently has iOS 15.1 and iPadOS 15.1 in beta, we are expecting this update to be released around the end of October. This update will being Apple’s SharePlay mfeature to the iPhone and iPad. SHarePlay will let you watch movies and TV shows with your friends over FaceTime, you will also be able to listen to music as well.