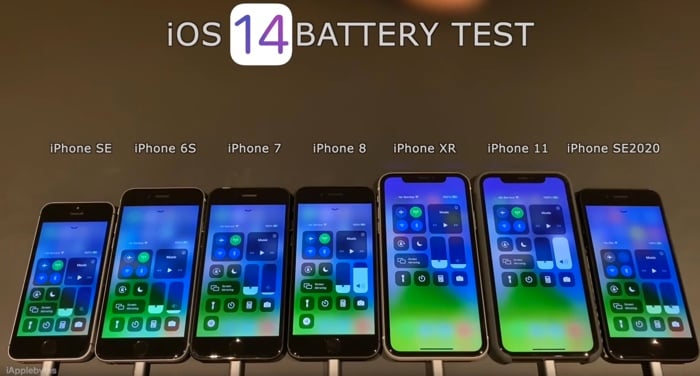 Apple’s iOS 14 software was released last week, we have already seen a number of videos of the OS and now we have a battery life test.

The iOS 14 battery life tests are run on the iPhone SE, iPhone 6S, iPhone 7, iPhone 8, iPhone XR, iPhone 11 and the 2020 iPhone SE, lets find out how the handsets performed.

As we can see from the video the iPhone XR lasted the longest out of all the devices running iOS 14, with a time of 5 hours and 40 minutes.

When compared to iOS 13.7 the majority of the devices running iOS 14 had similar battery life, there were no major improvements in battery life with the launch of iOS 14, some devices were slightly better and some slightly worse.

It will be interesting to see if Apple is able to improve battery life of their various devices throughout the release of iOS 14 updates.